For more than 100 years, The Plaza has been the New York hotel to see and be seen. Kings, presidents, and stars of stage and screen have all gathered and stayed at The Plaza. The most lavish social affairs, as well as classic Hollywood films have all used the legendary hotel as their setting.  Located at Fifth Avenue and Central Park South, this luxury hotel was constructed in the most fashionable residential section of New York City.

From its original 19th century construction to its magnificent $450 million dollar restoration in 2008, the world’s most famous hotel has had a remarkable history.  While traditions remain, such as the opulent grandeur of the Beaux-Arts décor and the iconic Afternoon Tea in The Palm Court, exciting new offerings at this legendary hotel include the elegant Champagne Bar, the stylish Rose Club,  The Todd English Food Hall, and  The Plaza Food Hall. The Plaza Hotel offers 282 distinctive guestrooms, including 102 luxurious suites, which boast the largest square footage of any luxury hotel in New York City.  For suite guests, The Plaza is pleased to offer Butler Service 24 hours a day. 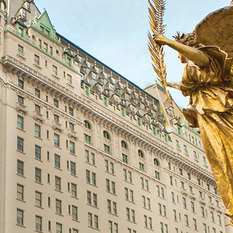 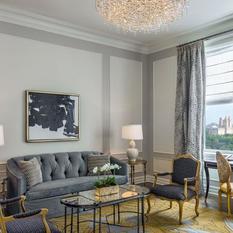 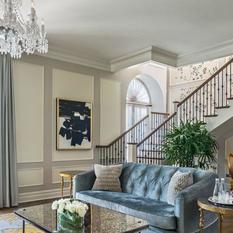 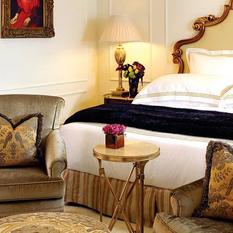